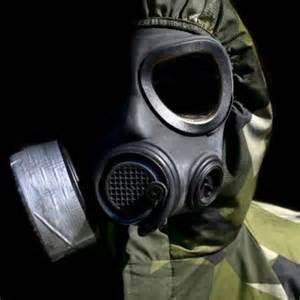 Some critics of horror fiction have speculated that the zombie sub-genre has reached its saturation point with an almost infestation-like abundance of zombie novels, movies, and TV shows paying homage to the flesh-eating undead. But, in a recent interview with George Romero for Quora.com, Bradley Voytek, Zombie neuroscience expert (it’s totally a thing) and Zombie Research Society advisor, examines data that suggests that the popularity of zombie fiction is actually on the rise. He attributes some of its success to the fact that the genre is “more or less a blank slate upon which a writer can cast any number of big, unfathomable societal and psychological fears or concerns.” This week I talk to apocalyptic horror writer Craig DiLouie about his 2014 Stoker-nominated novel SUFFER THE CHILDREN to find out why writing about zombies really matters.

ML: Many people consider Horror the redheaded stepchild of speculative fiction. Why do you write Horror fiction? Why not another genre?

CD: I came to horror through an interest in apocalyptic fiction. The end of the world has fascinated humanity throughout recorded history; in fact, some of the world’s oldest literature, from the tale of Gilgamesh to Genesis, contains apocalyptic elements.

As a young man, I found wish fulfillment in these stories. As an older man with a family, I face my worst fears and survive them.

There are so many storytelling possibilities with such scenarios, all involving ordinary people dealing with crisis. Some rise to the occasion, some fail, the ethical choices are often horrible, but the struggle to survive is heroic, particularly when people fight not only to live but to preserve what makes them human.

Several of my books deal with a zombie apocalypse and allowed me to explore these themes and more wrapped in an action-packed thriller. My first major foray into real horror was SUFFER THE CHILDREN, a story in which the world’s children become vampires who need blood to survive, the parents are compelled to feed them out of love, and once the blood supply starts to run out, the parents begin to prey on each other. Many parents will admit they’d put their arm in a shredder for their kids, but would they put somebody else’s arm in a shredder? Two people’s arms? Five? Would they kill an innocent person? Good horror holds up a fractured mirror to that which is dark in us, and it makes us uncomfortable. The question in SUFFER THE CHILDREN is, how far would you go?

ML: Why zombies? Why not other monsters? What broader meaning do they have for you as part of your creative process?

CD: I like zombies because they’re us, which multiplies the sense of tragedy. I’m not the kind of zombie author who says, These people are zombies, shoot them without conscience. The zombies may be monsters, but they wear the faces of people we love. I also like apocalyptic stories where the protagonists must work together against a common monster enemy. I think that makes the story more unpredictable, the struggle to survive more heroic, the stakes more dire. The trick is to make the reader believe that these monsters are real.

For me as an author, anyway. Zombie novels may be considered either akin to AMC’s THE WALKING DEAD or Syfy’s Z NATION. THE WALKING DEAD takes its subject matter seriously. Everything is fairly realistic and has consequences. The people suffer. The stakes are higher. This is really happening. It’s a visceral experience for the reader. Z NATION is more like a comic book. The characters are likeable people fighting their way through difficult situations involving zombies, there are no mind-bending ethics or people dying or wondering what they’re surviving for. It’s just plain fun, and it doesn’t pretend to strive for pathos.

My favorite zombie novels, and the ones I like to write, are of THE WALKING DEAD flavor, but they’re harder to pull off. They tend to be loved, but frankly, I think the Z NATION-type books have broader appeal.

ML: While I was reading SUFFER THE CHILDREN, I couldn’t help making parallels between your book and Richard Matheson’s I AM LEGEND. Like Matheson’s monsters, your undead aren’t clearly defined as being zombies or vampires. They’re somewhere in between. Did Matheson’s work inspire you? Who are your Horror heroes?

CD: I love I AM LEGEND. It’s one of my favorite apocalyptic stories. It didn’t directly inspire SUFFER THE CHILDREN, however. The story came from my worst fear, which is if something bad happened to my children. The question of how far a parent would go to protect his or her child. In that, I guess influences might include “The Monkey’s Paw” and PET SEMATARY. Whether doing the right thing based on the purest love in the world could end up being an instrument of evil.

The result is a different kind of vampire story, though the children are hardly vampires in the traditional sense. The children aren’t monsters. The real monsters in the book are the parents. They become monsters one little decision at a time, and they do it out of love. It’s a dark, horrible book—the most authentic and disturbing thing I’ve ever written.

Otherwise, I admire different horror authors for different things. Jeff Long for his imagination and original ideas. Stephen King for his empathy with ordinary people and slow builds. John Skipp for channeling the inner hilarity that is part of horror. Jack Ketchum for his lack of inhibition. Peter Clines for his easy voice. Joe McKinney and Jonathan Maberry for their productivity, with each book better than the last they wrote. David Moody for the realism he builds into characters in crisis. Stephanie Wytovich for being able to boil fear and loathing into a simple poem. The list goes on.

ML: H. P. Lovecraft has been quoted as saying, “The oldest and strongest emotion of mankind is fear, and the oldest and strongest kind of fear is fear of the unknown.” By the end of your novel, we still don’t really know what caused the epidemic. You play on multiple fears for your readers. Which of your own fears did you delve into to create this sense of dread?

CD: I went through an emotional journey with each of the characters as they each dealt with the unending crisis differently. Nobody becomes a monster as a sudden thing. It happens as a matter of one little decision leading to the next. Some of the characters try to resist the madness, others are swept along, others embrace it and go all the way. I really came to love the characters over the course of the book, making the writing a harrowing experience. It was painful to watch them go through what they did.

ML: Talk a little bit about your writing process. When you sit down to write an apocalypse novel, zombie or otherwise, what inspires you? Where do your ideas come from? How do your keep your genre fresh (there’s a zombie joke in there somewhere)?

CD: Writing a novel is like climbing Everest. You look up and you say, No way am I doing that. But then you take a step, and then another, and then another, and you look back and you’re suddenly halfway up. That first step is the hardest. To take that step, you need inspiration. For me, it’s an idea that needs to be written. Something fresh and powerful.

I’m a commercial writer by trade; I write about an industry, and I write as work. A novel is different. If I were a commercial fiction writer, I’d take a familiar idea, add a little twist, and write it in accordance with the bestseller formula to have the broadest appeal to the greatest number of people. But I’m not a commercial fiction writer. I’d never take that first step in the climb because I really wouldn’t care about the idea or the story. So for me, the idea is everything. Something compelling that hasn’t been done before, or a familiar idea that in my view hasn’t been done right. Everything inspires me. I immerse myself in the genre and find tiny bits of inspiration in little things. The little things add up to big ideas.

ML: What advice would you give to new Horror fiction writers? What do you wish you had known as a beginning professional writer?

CD: It’s a great time to be a horror writer. Digital media has democratized publishing and created new paths to publication, each of which has its pros and cons. Whether somebody else publishes you or you publish yourself, be prepared to treat your writing as a business and take an entrepreneurial approach, particularly with marketing your work.

Typing is not writing. There are many approaches to writing a novel, but one I use is to think an idea through for a few months and then start typing after that. Writing isn’t just typing, it’s also thinking, taking notes, planning and researching. If you like this approach, keep a small notebook in your back pocket and a pen in your front pocket at all times. Think about your book in the still moments during the day and write down snatches of character, plot and dialog. When you reach a critical mass, start typing.

One approach is not better than another, though one will be better for you. Some writers like to crank out a horrible rough draft, get notes from beta readers, and then do a polished rewrite. Others like to write a close-to-finished draft from the get-go, editing the whole way. Do what feels good to you, while being open to innovation and new ideas.

It pays to know where you’re going. The idea should start with a killer point A (the hook) and point B (the climax and perhaps a denouement that leaves the reader thinking). After that, do a general outline of the plot so you continually ramp up tension (increasing stakes punctuated by critical change) without long empty stretches where you have no idea how to fill the page. A great book on plot structure is STORY ENGINEERING. I highly recommend it.

You’ve asked a big question where the answer could go on quite a while, so I’ll end it there. For more advice on how to write a horror novel, here are links to a series I wrote about that subject on my blog:

Fright for Your Write, Part 1: Why Do We Read/Write Horror

Fright for Your Write, Part 2: The Horror Element

Fright for Your Write, Part 3: Plot

Fright for Your Write, Part 4: Character

Thanks for inviting me to visit your blog, Michelle! I enjoyed it.