Yesterday in my post about Mr. Darcy I talked a little bit about how he wrong actor can make an excellent fictional character a disappointment to fans on screen. I mentioned the poor casting choices of two of my favorite fictional characters, Lestat and Louis in Interview with the Vampire. Anne Rice’s vampires are some of the most interesting characters on the page and they deserved to be played by actors who could capture their essence on screen. I’m sure most of us can think of at least one example of how our favorite characters from books have been destroyed by the wrong actors.

One of my favorite comic book characters comes to us from the DC Universe. To be more specific, from their Vertigo imprint. Typically I fall for heroes and villains from the Marvel Universe, but sometimes DC does certain things a little better. And, when you’ve got Alan Moore involved it’s kind of hard to go wrong. My love of this character gives further credence to the fact that I am a hopeless anglophile. An anglophile who loves stories about magic, demons and Hell. If you haven’t checked out the Hellblazer comics you probably should. I need to thank my good friend David Magaro for turning me on to these comics. Don’t you love having friends who clue you in to things that make life a little bit more interesting?

John Constantine is an antihero who battles demons and you know, tries to save the world from time to time. Sounds like a nice guy, right? Well nothing is every truly black and white, so don’t get your hopes up too high. Constantine’s heart is usually in the right place, but his decision making often has dire consequences and his methods for achieving his goals are a bit shady and usually dangerous. Like using black magic to combat darker magic and supernatural beings. 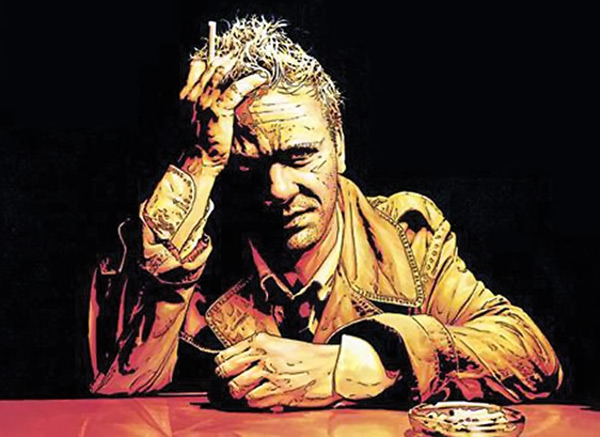 Constantine is called Hellblazer because he’s been to Hell and back. More than once. I mean he doesn’t consider it a vacation spot, but his job sometimes requires him to visit. That alone gives him serious street credit when it comes to hunting and exorcising demons. But he’s got other mad magical skills. Aside from his grasp of magic, he can summons demons and angels. He wears a snazzy trench coat full of demonic power, and he’s an accomplished con artist and lock picker.

Constantine’s an interesting guy. He’s been described as a “working class occult detective,” and while he comes from Liverpool, he’s usually stationed in London. Like an well-crafted character he’s got major backstory. His mother died giving birth to him, and while in utero he strangled his twin brother with his umbilical cord. His mother’s womb was weaken by a previous abortion his father forced her to have, which caused the birth complications. Rather than taking responsibility for his wife’s death, he blames John and they spend his childhood hating each other. His dad was an alcoholic, abusive, and arrested for stealing a neighbor’s underwear. So, you know, excellent role model.

Constantine’s bloodline connects him to some very powerful magicians, and as he discovers his ancestry he develops a keen interest in magic, and he began practicing magic at a young age. Some pretty complicated and impressive spellwork for someone his age, like hiding his childhood vulnerability and innocence in a box so he no longer has to deal with it. Growing up in London in the 1960’s and ‘70’s he formed a punk band, Mucous Membrane, and later become a stage magician in the 1980’s where he earned a name for himself by predicting Reagan’s assassination. Seriously, how cool is this guy.

One of his first attempts at becoming a hero in the occult realm went terrible wrong. In order to banish a demon that was conjured by an abused child to take revenge on the adults hurting her, Constantine and his friends summon their own demon. As you might imagine, it doesn’t go well. They didn’t have control of the demon, and when it destroys the child’s monster, it torments John’s friends and drags the child to Hell. Soon after, he commits himself to a mental hospital because he can’t deal with the guilt.

Are you hooked? You should be. That’s just the tip of the iceberg for Constantine’s adventures. When I began this post I mentioned that problem of casting the wrong actor to play a great character. Well, the first attempt at putting Constantine on screen was the live-action 2005 film starring Keanu Reeves in an Americanized version of the story.

Well, he is smoking. That’s a start.

The film itself isn’t terrible, but Reeves just isn’t believable as Constantine. The rest of the cast is impressive—Tilda Swinton as Gabriel, Peter Stormare as Lucifer, Djimon Hounsou as Papa Midnite, and Pruitt Taylor Vince as an alcoholic priest who communicates with the dead. Oh, and Gavin Rossdale plays a half-breed demon, Balthazar. Great cast, right? Sure, but the most important character missed the mark almost completely.

Cats have something to do with magic, right?

I was glued to the TV each week. But apparently I was one of the few people watching, because the show got canceled after one season. I was disappointed. It was off to a great start and I had so many high hopes for the show. In the short time it was on TV, I fell hard for Matt Ryan’s Constantine. 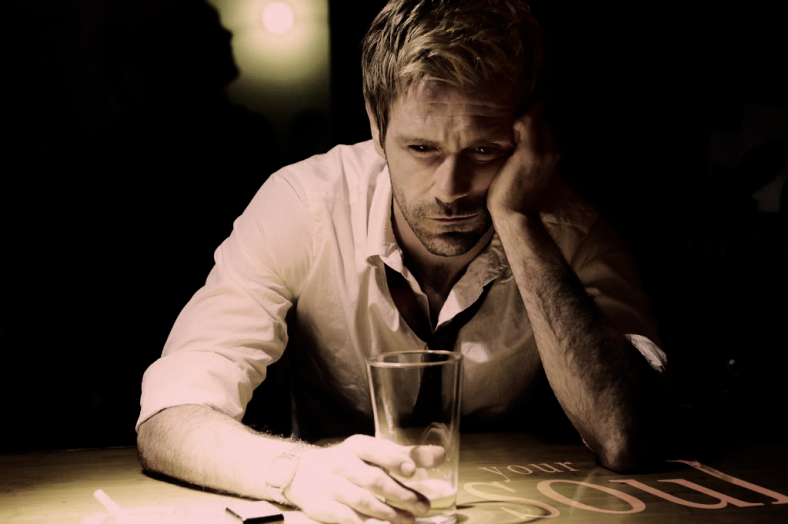 Wow, it’s like someone bothered to read the comic book.

Matt Ryan has reprised Constantine in a 2015 episode of Arrow on the CW. I would hope that this might inspire another network to pick up the series or at the very least think about bringing a more believable film adaptation to the big screen. A fangirl can dream, right?

Smoking is sexy. You should start tomorrow.

I mean he’s even in the mental hospital in the first episode. 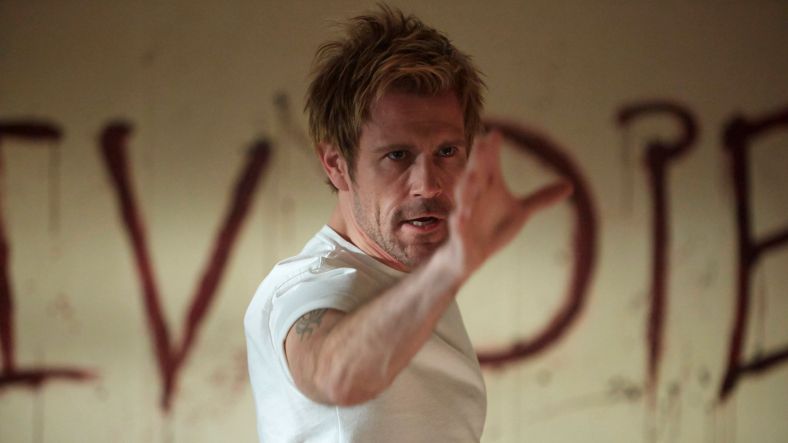 Don’t people usually check themselves into a psychiatric facility to avoid crazy shit like this?

Seriously, give this show another chance.

I need more magic in my life.