It has been entirely too long since I wrote a blog post for Girl Meets Monster. As I sit here in my living room, staring at my Christmas tree (um, today is January 23), it dawns on me that I’m behind in a lot of things in my personal life and my life in general.

Have I been writing? Yes.

Have I been submitting? Yes.

Am I waiting on pins and needles for what will surely be two more rejections? Yes.

Okay, so not too bad, right? Sure, but as always, I think I should be doing more, producing more. And, I have been trying to do that. I mean, I’ve been writing something — blog posts, social media posts, letters, journal entries, and snippets of fiction here and there. All of that is great. It would be better if I could stay focused and finish a project…projects. Aside from my thesis novel that I’m been submitting and resubmitting, I have two unfinished novels, at least one novella, and a handful of short stories that I desperately want to wrap up. The problem is, I’m stuck. Stuck on what? I’m not entirely sure.

I have some theories about what the blockage might be. And, all of those theories relate to unresolved emotional baggage and deep-seated fears that stem from childhood and my early adulthood. Self-esteem can be a real bitch sometimes. Especially when you have lived your life believing that you have to work for people’s love and affection. When you have been the recipient of conditional love since day one, it’s kind of hard to break that pattern and that mental process affects every aspect of your life: romantic relationships, parenting, work, school, friendships, and creating your art. (More on that in a future post.)

While I’ve been working on getting unstuck, I’ve been thinking a lot about stuff and things. If you follow my social media, then you surely know that I am insanely obsessed with Jason Momoa right now. I don’t think I’ve reached nuthouse status yet, but I am fangirling all over myself and anyone else who will listen. I mean, to be fair, he’s abso-fucking-lutely gorgeous, funny, interesting, and talented. And, he’s healthy. In fact, he’s been a source of inspiration for me to take my own health seriously again. I’m not a giant man who is in line for roles like Aquaman, but I can push myself to be better each day. His fitness videos are not only entertaining, but awe-inspiring. I hope he knows that he’s a role model not just for his kids and fans of the DC Universe, but for people who want to live healthier lives and become the best version of themselves. 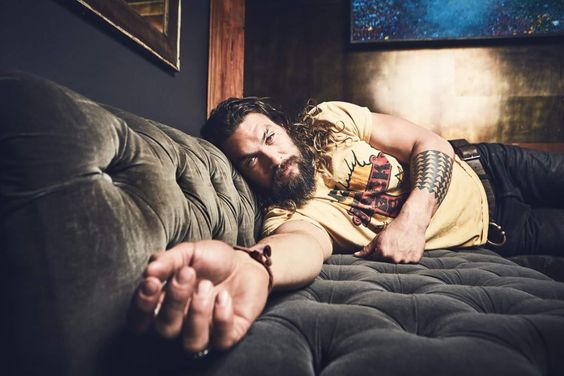 He has become the inspiration for one of my fictional characters and I can’t stop writing about this character. Perhaps, that is one of the reasons why I’m stuck and not moving forward. I’m having such a good time thinking about him and breathing life into this character that I can’t think about anything else. Nah. As much as I love Jason Momoa, I’ve been writing and thinking about other things, too.

Recently, I received a handwritten card from a friend that reminded me of the cards and letters I used to send to my friends and other pen pals I had when I was a teenager.

I remembered coming across a pile of these old letters a few years ago when I helped my mom clean out her basement. I kept some of them but didn’t really spend time looking at them until last week. Holy shit. What a treasure trove. It was like opening a time capsule from the mid to late 80s and early 90s and finding only the weirdest rants about being young and goth.

I used to have the pen name Antique, and weird goth and punk kids from all over the US and a few from the UK, would write me letters about how they wanted to become vampires too. They sent me photos, poetry, fanzines, mix tapes, and told me about how fucking boring or terrible their lives were. I was actually kind of shocked to read some of the letters and see just how candid people were with me. I wish I had some of the letters I wrote to other people, because that would make an interesting comparison between how much I shared and how much people bared their souls to me. I’m usually pretty open and forthcoming with people, especially in my writing, so I must have given these folks a reason to trust me with some of the personal things they were sharing with me.

One of my pen pals, Carl Velazquez, wrote to me on a pretty regular basis. Carl was roughly 10 years older than me, thought he was a real vampire, and wanted to engage in a romantic relationship with me when I was 15. I met him in person a total of three times. I went to visit him in New York where he lived when I was still in high school, he came to visit me here in Carlisle and stayed at a local dive motel for a few days. My friends and I hung out with him in the motel room — I was never alone with him — and he was basically bored out of his mind. The third and final time I saw him was during my junior year of college. I took an exchange student from the UK with me to New York to visit my friend Don and on that trip we went to Wig Stock, saw a showing of Female Trouble, and saw Lypsinka perform at the Ballroom. Carl joined us for Lypsinka and I think we grabbed a bite to eat at Stingy Lulu’s. I heard from Carl after that, but I never saw him again. And then one day, I didn’t hear from him anymore. 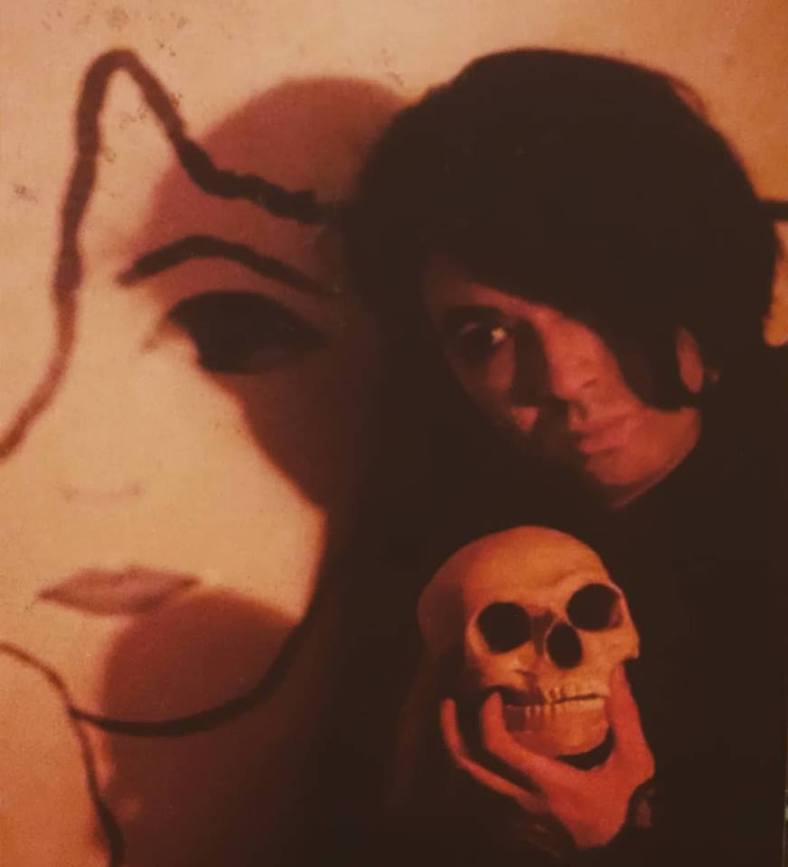 And, speaking of vampires…which is something I do often, and speaking of unfinished writing projects, I’m also trying to write an abstract to submit in the hopes of getting picked to attend an academic conference in Transylvania dedicated to vampires. Again, I’m stuck. I have all these ideas zooming around in my head, but condensing them into an abstract feels nearly fucking impossible. I still have a little time, and I have like…I dunno…at least 10 possible titles dealing with the concept of female characters’ acceptance of violence in vampire romances. It’s kind of a thing. If you read paranormal romance featuring vampires, something I do a lot…NO, like A LOT…then you’ll know what I’m talking about. There’s this weird phenomenon of female characters, especially in YA Paranormal Romance, allowing their vampire boyfriends to expose them to so much violence that it’s practically a cliche. And, they not only allow themselves to be perpetually placed in danger, but forgive their boyfriends, whom they almost invariably marry, for their violent behavior. While I find this fiction entertaining, I can’t help wonder just how dangerous that message is to teenage girls and young women.

Anyway, those are just a few of the things I’ve been thinking about. Some of the things I’ve been thinking about a little more deeply will soon become blog posts. And, some of you who have followed my blog in the past may be delighted to know that I will be bringing back my Fuckable Fictional Characters series in February. At least one of those posts will feature Jason Momoa. Okay, probably more like three…or four.

One thought on “Bees in My Bonnet”