So, I’m a little behind in my posts this week, but I’m not going to beat myself up about it. It’s been a productive week and here I am writing another blog post whether I am able to write 28 posts in a month, which is a great goal, but simply not possible for me this year. It’s OK. I’ve been writing other stuff and the real goal for me is to just keep writing every day that I can. With that said, let’s get back to February’s theme of fuckable fictional characters.

I celebrated my birthday this week and got an unexpected gift when Charlaine Harris announced that there will be a second season of Midnight, Texas. Ironically, I had written two posts about characters from the series recently, one about Manfred Bernardo and one about Fiji and Bobo. Today, I’m staying in Midnight, because there’s another character I’d like to talk about. A certain fallen angel that makes my heart beat faster and makes my mind wander to very naughty things.

Joe Strong is a fallen angel who is in a same sex marriage with Chuy Strong, a Mexican American who happens to be half-demon. Talk about a mixed marriage. Although Joe and Chuy are out about their marriage, they aren’t that open about the fact that Joe is fallen and Chuy is part demon. These secrets are part of the reason they live together in Midnight, Texas where they own and operate a tattoo parlor/nail boutique. Joe’s skills as an artist earn them a comfortable living in the middle of nowhere, but his paintings are far more interesting than any body art he’s creating.

When we first see Joe, he appears to be going for a morning run, but when he reaches the creek, he strips off his shirt and reveals a pair of magnificent white wings that are hidden beneath his otherwise human-looking exterior. Joe spreads his wings, takes off at a run, and soars into the air. It was at that moment I fell in love.

I’m not 100% sure why, but I have a thing for fallen angels. Depending on the mythology of the fictional universe you’re writing or reading in, fallen angels aren’t automatically demons. I’m working on a novel that features a fallen angel who is a demon, but I struggled with whether or not to refer to him as one or the other. I think referring to him as a demon has more power in certain ways since he spends a lot of time in Hell and my protagonist is bound to him by an arranged marriage. When they are wed, she has to follow him to Hell. Thems the rules! Beyond my character being a demon and spending a lot of time in the company of his brother, Lucifer, the first fallen angel, he is motivated by a sense of justice and takes his job as an assassin charged with rounding up the baddest of souls very seriously.

Joe also seems to be motivated by a desire to do the right thing in most situations. He is kind, helpful, willing to fight to keep the people he cares about safe, and the reason he is fallen is because it was his job to kill demons and when he met Chuy he fell in love. He couldn’t justify killing demons if he was in love with one. So, he left his gig in Heaven and decided to live on Earth. In Midnight.

His choice to live in Midnight initially seems to be because he is in hiding, which is true. But as the first season of Midnight, Texas unfolds, we learn that there is a coming battle between Good and Evil, and this isn’t the first time Joe has been around to witness the carnage. Midnight Crossroads has a dark history and it attracts people with preternatural abilities. It is a magical hotspot, but unfortunately as the veil between worlds weakens, the creatures who are attracted to Midnight aren’t exactly coming to fight on the side of Good.

Bowie is an older and more powerful angel who was Joe’s mentor back in the day. Together, they slew demons left, right and center the first time all Hell broke loose on the land where Midnight now sits. Despite his reservations about killing, Joe did his duty and was good at his job. So good, that Bowie bragged about her protege and took it personally when Joe fell. Bowie is kind of single-minded when it comes to killing demons and anyone she deems on the wrong side of Heaven. Ironically, she herself falls and becomes something she would have battled against in the past. She is more monstrous than Joe or Chuy, because she embodies several of the Seven Deadly sins, including Pride and Wrath. She threatens the life of innocent mortals to draw Joe out, and goes on a rampage to end Joe’s life. 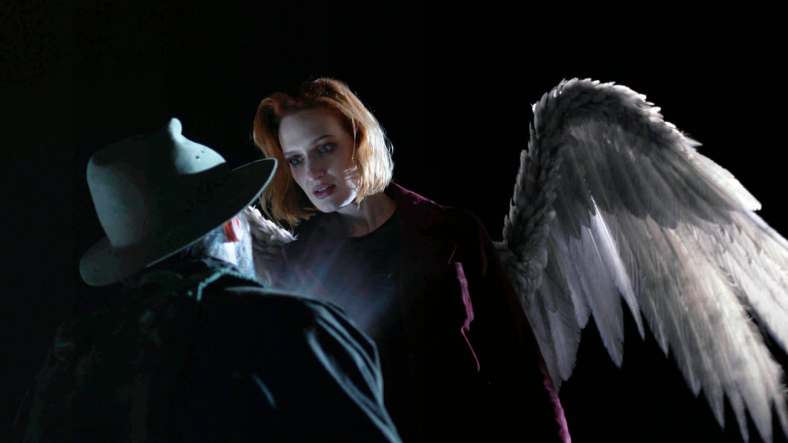 Chuy and Joe are worried that if Chuy’s demon side shows itself, it will be almost impossible to control it. Chuy has apparently been struggling with the pull of Evil coming from under Midnight, but seeing Joe’s life endangered sets him off and he releases his demon self in a fit of fear and rage. Chuy kills Bowie, but almost kills Manfred and Joe as well. Joe is able to get Chuy under control, but sends him away when he realizes the extent to which the veil is having and effect on him. When the other Midnighters see Chuy’s true face they are shocked and afraid. But once Bowie is defeated and the dust settles, they are a little more willing to accept the truth of Joe and Chuy’s real identities and still consider them friends. 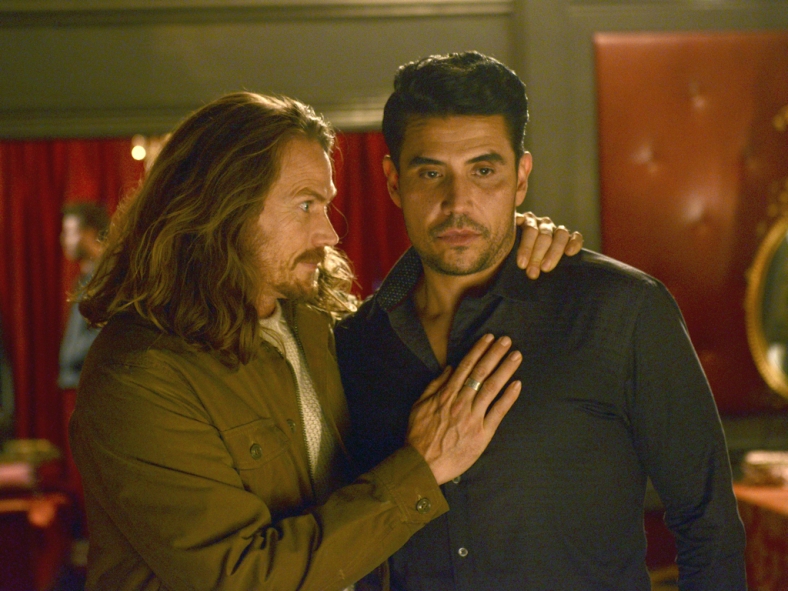 Joe wants to do the right thing and help his friends in Midnight, but his one weakness is Chuy. If your greatest weakness is lying to protect the love of your life, I can understand the motivation to keep their true identities a secret.

Let’s be realistic here, folks. Joe is not only a fallen angel. He’s a handsome white man who is in love with a Mexican American man. Even without Chuy being a demon, there are people who would gladly hurt them just for being in love. Add the fact that they are essentially forbidden from being together because of the whole Good vs. Evil thing, and they could potentially be two of America’s most wanted for crimes against good Christian values. Whatever the hell that means. Good Christian values sounds more and more like an oxymoron to me these days. I’m not an Atheist, but I’m also not a Christian by default, which a lot of people seem to think is the case. I don’t have a problem with Jesus Christ, it’s his followers I take issue with most of the time.

There’s a lot more happening in Midnight, Texas than just a supernatural soap opera. Charlaine Harris’ characters challenge a lot of popular mainstream views of how life in the United States should be, and the TV show kicks those characters up a notch by creating interracial relationships at a time when people who voted for Trump are basking in the pastiche of making America great again. Unfortunately, the America they’re hoping to reclaim never really existed. Same sex marriages and interracial marriages, legally recognized or not, are not new editions to the American cultural landscape. Our history is full of examples of both. Just because they don’t appear in the whitewashed version of history found in most textbooks, doesn’t mean they didn’t exist. You can’t make America White Again, because it never truly was.