The past seven days have been amazing. Last weekend I attended an event, Necon 39, that quite literally changed my life. Not only did I get to meet and spend time with some of the kindest, most interesting, and hilarious people you could hope to meet, but I made my debut as a published writer. As some of you know, I have published short stories in anthologies, but this was the first time I got to sign copies of my novel, Invisible Chains.

Thanks to some very thoughtful reviews from readers who received advanced copies of the book, including A. E. Siraki, Ben Walker, and Mad Wilson, people actually came to the event with the intent of buying my book. Some people enjoyed reading the book so much, they promoted it every chance they got. I was overwhelmed with gratitude and awed by the level of support and kind words from people who had been strangers prior to the event. 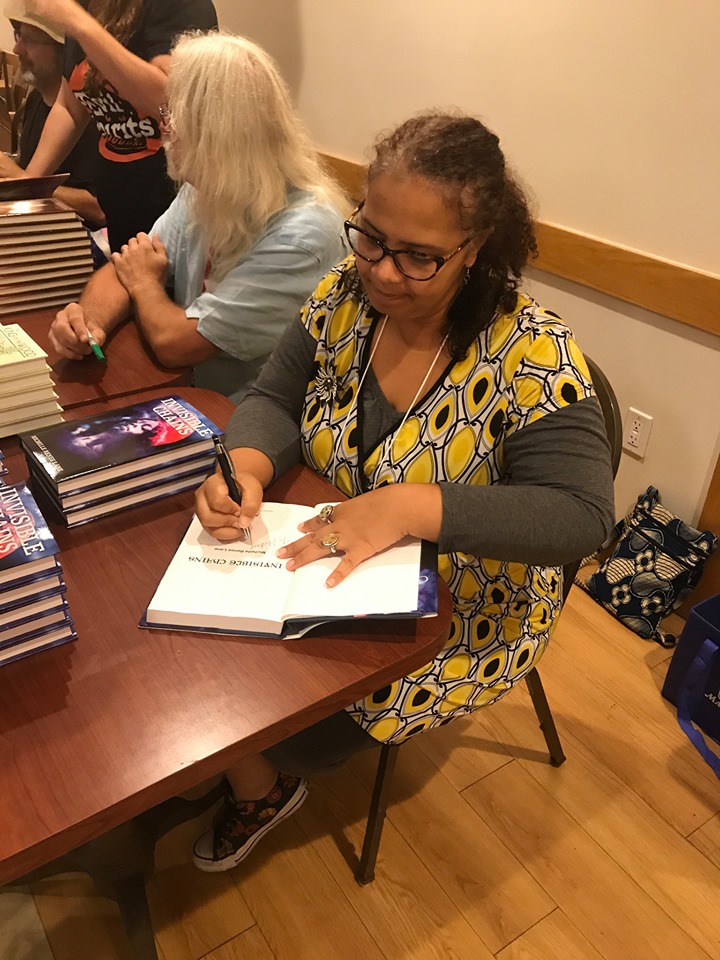 If you have the opportunity to attend Necon, do so. It is a welcoming environment where you can connect with other writers, have informal conversations with publishers, editors, artists, and avid readers.

And, I was welcomed into two new families: the Necon family, and the Haverhill House family.

Although last weekend was technically a working weekend for me, it felt more like vacation and even though I was exhausted when I got home, I still felt recharged and ready to tackle whatever is coming next. I can’t wait to go back next year.

Invisible Chains was officially released on Monday, July 22 from Haverhill Housing Publishing. And, as friends received their shipping confirmations from Amazon, they contacted to let me know how excited they were to read the book. Folks who pre-ordered the hardcover and Kindle editions started receiving their copies this week and have shared pictures of the book, which is a truly humbling experience. 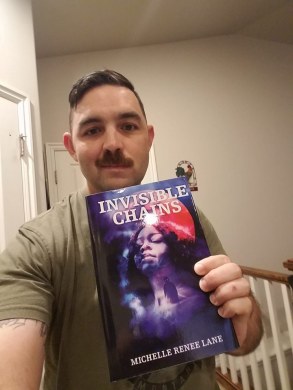 Earlier this week, I was interviewed for the Lawyers, Guns & Money podcast, where I got to talk about my book and one of my favorite subjects: vampires. I was also interviewed by fellow writer, Loren Rhoads for her blog, and wrote about My Favorite Things over at Speculative Chic. It shouldn’t come as any surprise that one of my favorite things is vampires. I talked and wrote about them a lot this week. Which, I have to say, is a dream come true.

So, what’s next? Aside from a few upcoming book reviews and guest blog posts, my first local book event is scheduled for Saturday, August 10 at 3 p.m., Why Do We Love Vampires and Narcissists. I’ll be reading passages from Invisible Chains and signing books, and local experts will share their knowledge about herbs, stones, symbolism, and narcissistic personalities. I’m really looking forward to this event and hope that some of you can attend. 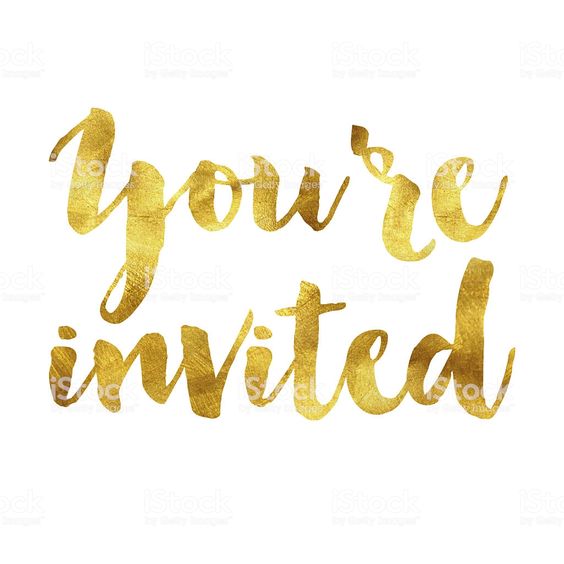 I will be attending the The 5th Annual Merrimack Valley Halloween Book Festival on Saturday, October 12, and the following weekend, I’ll be in Atlanta for Multiverse 2019 – SciFi & Fantasy Convention, where I will again be talking about vampires.

As I add events to my calendar, I will share that information here, so check back if you’re interested in attending one of those events. Thank you to everyone who has given their support, encouragement, and helped promote Invisible Chains. It has been a labor of love, and I couldn’t have done it without your kindness and friendship.

For those of you who missed the news, my debut novel, Invisible Chains, will be released into the world July 22, 2019 by Haverhill House Publishing. If you’re as excited about this news as I am, you can pre-order a copy on Amazon, and while you’re there, you can check out my fancy new Amazon Author Page. Even though I’ve had my short fiction published, having my first novel published makes me feel like a bonafide author. See, I even have an author photo.

That’s great, Michelle, but what is your book about?

Jacqueline is a young Creole slave in antebellum New Orleans.  An unusual stranger who has haunted her dreams since childhood comes to stay as a guest in her master’s house. Soon after his arrival, members of the household die mysteriously, and Jacqueline is suspected of murder.  Despite her fear of the stranger, Jacqueline befriends him and he helps her escape. While running from the slave catchers, they meet conjurers, a loup-garou, and a traveling circus of supernatural freaks.  She relies on ancestral magic to guide her and finds strength to conquer her fears on her journey.

Oh, and here is the beautiful cover art designed by the very talented Errick Nunnally.

As many of you know, writing can be a difficult and solitary pursuit. And, if your goal is to have your work published, the stages of writing, editing, rewriting, editing again, and submitting can feel like a never-ending climb up a hill while pushing a giant rock covered in your own entrails. Plus, if you submit and get nothing but rejections it sometimes seems like a good idea to just give up and find a different way to torture yourself.

Can I tell you a secret? I’m glad I didn’t give up.

Believe me, I thought about giving up. I thought about giving up a lot. But this story lived inside me for a long time and it refused to be abandoned. This multi-genre slave narrative began its life as a short story back in the early 2000s and had a very different ending. That short story shared space on a thumb drive, untouched  with other abandoned writing projects, for several years. I mean, I would pull it out from time to time and read it but I never did anything with it until I applied to the MFA in Writing Popular Fiction (WPF) program at Seton Hill University (SHU).

Attending SHU was one of the smartest decisions I’ve ever made. And, one of the scariest. At 40, I was completely dissatisfied with my life. I had a job I was on the verge of burning out on, I was unhappily married, and I was primarily responsible for raising my son who had begun to show signs of behavioral problems at daycare and school. I was the primary bread winner, I took care of the house, paid the bills, maintained social connections with friends and family, and one day I realized I was living my life for other people instead of living it for myself.

I began making a mental inventory of the things that brought me joy, and at the top of that list was writing. Writing was something I had done all my life. And, when I was writing I was happier. I started unearthing some of my unfinished short stories and realized they weren’t terrible. And then, I wondered what would happen if I took myself seriously as a writer. I made the decision to apply to SHU after asking a friend about the program. Jenda had nothing but good things to say about the program, and honestly, I think SHU should consider sending her a check each month for her excellent marketing skills.

My short story, “Freedom is in the Blood,” became Invisible Chains over the course of six years. Three years writing my thesis novel in the low residency MFA program, and three years of rewriting, editing, pitching, and submitting. In the process of writing the novel, my protagonist evolved into a stronger character who stands up to monsters to make a better life for herself.

In many ways, my protagonist evolved with me as I made changes in my own life. Deciding to write this book was the first step towards reshaping my life on my own terms. I’ve encountered my share of set backs, obstacles, and people who behave like monsters, but like Jacqueline, I keep moving forward.

In the process of moving forward, I’ve made new friends, reconnected with old friends, and built stronger relationships with the people who cheered me on through the highs and lows of writing this book. They’re good people. And I couldn’t have survived the process without their love and support.

I am very fortunate to be included in such diverse and supportive writing communities like the HWA and as an SHU alumna. And, of course, I wouldn’t be able to brag about getting my book published if I had never met the Editor-in-Chief of Haverhill House Publishing, John M. McIlveen.

I met John last year at StokerCon™ 2018 in Providence, RI. I pitched Invisible Chains to him, a book that took close to five years to write, in about ten minutes. And, much to my surprise, after babbling at him in what I believed to be incoherent nonsense, he said he’d be interested in reading it. That was the first spark of hope, and it has been one pleasant experience after the next working with John and Haverhill House Publishing.

Well, now the book is written and available for pre-order. The hardback edition will be available July 22, 2019. In the meantime, I have a stack of proofs that I would very much like to get into the hands of book reviewers and people who would be willing to blurb the book. If you or someone you know might be a good fit for a book like this, let me know and I’ll reach out to them.

What’s next, you may ask? I don’t know, but I suspect I might have to write another book.