About a year ago, I had a moment of clarity in which I realized that I have been suffering from anxiety since I was a child. What sparked this moment of personal insight? The fact that my son also suffers from anxiety and I began to think back on what life was like for me at his age. I’m sure that if you asked my friends and family, many of them would tell you that my childhood was good and they have many fond memories of me growing up. My memories aren’t always in line with theirs, and that’s okay as long as I’m allowed to remember things the way they happened for me through my perception of things. 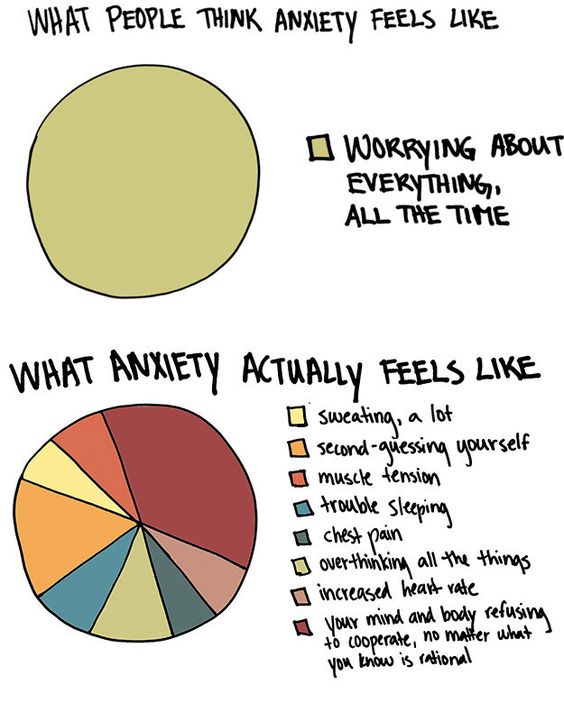 I was born in Central Pennsylvania in 1972. My mom is a white woman who grew up in a small rural community that wasn’t really thrilled about her dating choices and in many ways shunned her after she decided to marry my biological father. While living with my father’s family, a group of migrant workers living near Chambersburg, PA, my mother grew up fast. According to her, my father fancied himself a ladies man, which actually translates as pimp in the real world, and when she found out she was pregnant with me, two things occurred to her: 1) At least three other women were pregnant to my father at that time, and 2) Her unborn child deserved a better life. She told me that she sat in the dark waiting for him to come home and thought about killing him. Knowing she had to be around to take care of me changed her mind. So, she left him that night and filed for divorce soon after.

When I was born, we lived with my grandparents in the same small town where my mom grew up. To say that the town I grew up in lacked diversity is quite the understatement. Aside from my mom’s boyfriend, Gene, and his family, I don’t recall seeing other people of color, with the exception of people on TV, until I was about four or five and we moved to a larger town, Carlisle, PA.

Carlisle was and is segregated. People who have lived here their whole lives aren’t always conscious of that fact, but when you meet people who move here, it’s one of the first things they notice about the place. Have things changed since I was a child? Yes. But to be fair, one of the changes I would be happy to point to is the fact that when I was a child, people felt completely at ease driving by in their cars and shouting “nigger lover” at my mother while she walked with me downtown.  No one has called me a nigger to my face since I was in an undergraduate in college, but I know some people were thinking  it while they spoke to me. It’s like Spidey senses, but for racists.

So, while I was growing up I experienced a multi-layered effect of racism and bigotry from strangers, teachers, friends, and family. Apparently, this isn’t uncommon for mixed race kids. I haven’t interviewed people or sent out surveys, but I know I am not the only person in the world who had this experience.

What idiot called it a human skull instead of an anxiety cabin.

Thanks to a series of unfortunate events in my life, I recently spent a year (August 2017 – June 2018) employed but underpaid, and lacking health insurance. During that time, when my anxiety levels were astonishingly high, I couldn’t afford medication to help with my chronic depression and anxiety. I couldn’t afford to see a therapist. Hell, I could barely afford to pay my bills.

But, Michelle, why didn’t you apply for assistance?

I did. And, I was denied assistance even though I was making $15 an hour working for a temp agency after I left another job where the owners of the business couldn’t pay me. They still owe me money, but much like the child support I keep hoping for, I doubt if I’ll ever see it.

A few weeks ago, I tried to apply for assistance again, because even though I am working full-time and have health insurance, I’m only making $0.82 more than what I was making at the temp agency. I was also working part-time as an online writing tutor for $11 an hour. Because I had made an extra $60 during the month of February from my part-time job, my income was considered too high to receive any assistance.

I was told by a very sympathetic caseworker that if I quit my part-time job, and got a psych evaluation for my autistic child, we might qualify for assistance. So, as long as I make less money and can prove that my child is mentally ill, I’m allowed to receive help.

The good news is that since I have health insurance again, I can take my medication. But, even though I have access to services like therapy, the co-pays are too high for me to afford even with insurance.

Where does that leave me? At the moment, I don’t have any good answers. I keep looking for higher-paying jobs, but I no longer have a reliable car. Transportation is an issue. Fortunately, I am able to share my mother’s car and have some mobility. But using her car to drive back and forth to work every week day isn’t an option. Especially since I would most likely have to drive to Harrisburg, Hershey, Lancaster, York, or elsewhere that would require anywhere from 30-60 minutes or more of travel time to and from work. So, I’m kind of stuck.

I try to appreciate what I do have while not focusing on what I don’t. Each day gets a little better, but I’m exhausted. Frustrated. Melancholy. Angry. I’m feeling a lot of feelings all the time.

But, there is some light at the end of the tunnel. I’ll share my good news with you later this week and you can help me celebrate brighter days ahead.