As I mentioned in a previous post about Loki, the Marvel Universe has a lot of delicious eye candy on offer, a buffet of fuckable characters if you will. I know I spend a lot of time lusting after villains and monsters, but every now and then a hero catches my eye and I have to stop, stare, and possibly drool. And, oddly enough, it’s usually the clean-cut guys that turn my head. Not always, but good guys have been known to make my heart beat faster. Marvel superheroes typically have a lot of tragedy in their backstories, and have a tendency to lose people they love. If I lived in the Marvel Universe, I would provide support and comfort to those superheroes in need of a hug, or a kiss, rough sex, or whatever. What can I say? I’m a giver.

Today I will be discussing the cleanest-cut guy of them all. The superhero who set the gold standard. A man whose uniform makes me want to salute the Red, White and Blue. 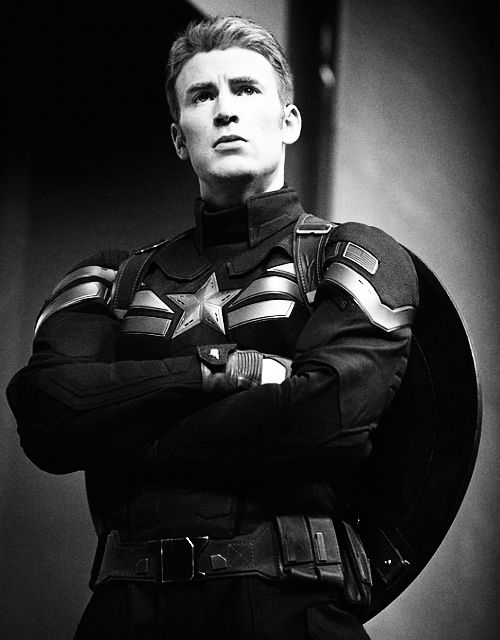 Steve Rogers is an all-American boy from Brooklyn, NY. Before he became the first Avenger, he was a scrawny little guy with a big heart who believed in fighting for freedom. More than anything, he wanted to join the armed forces and get shipped to Europe so he could start kicking Nazi ass. But, he failed the physical. After several more attempts, a scientist, Abraham Erskine, takes an interest in Steve and signs him up for “Project: Rebirth”. This secret government project was developed to create super soldiers in the hopes of defeating a rogue branch of the Nazi’s, HYDRA. Say that out loud. Rogue branch of Nazi’s. Good luck sleeping tonight. With the help of other scientists and inventors like Howard Stark, Erskine creates the Super Soldier Serum. 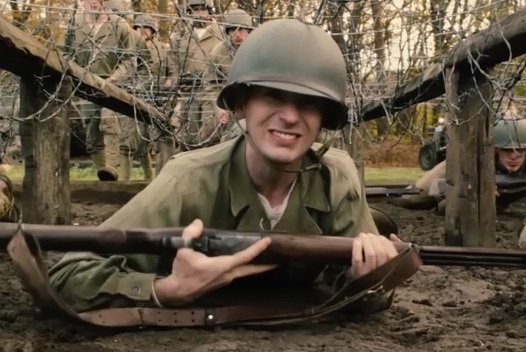 Steve completes a series of psychological and physical tests designed to gauge strength, intelligence and merit with a group of other potential test subjects. His poor health keeps him from performing the physical challenges as well as everyone else. To be fair, Steve was a pretty sickly kid. 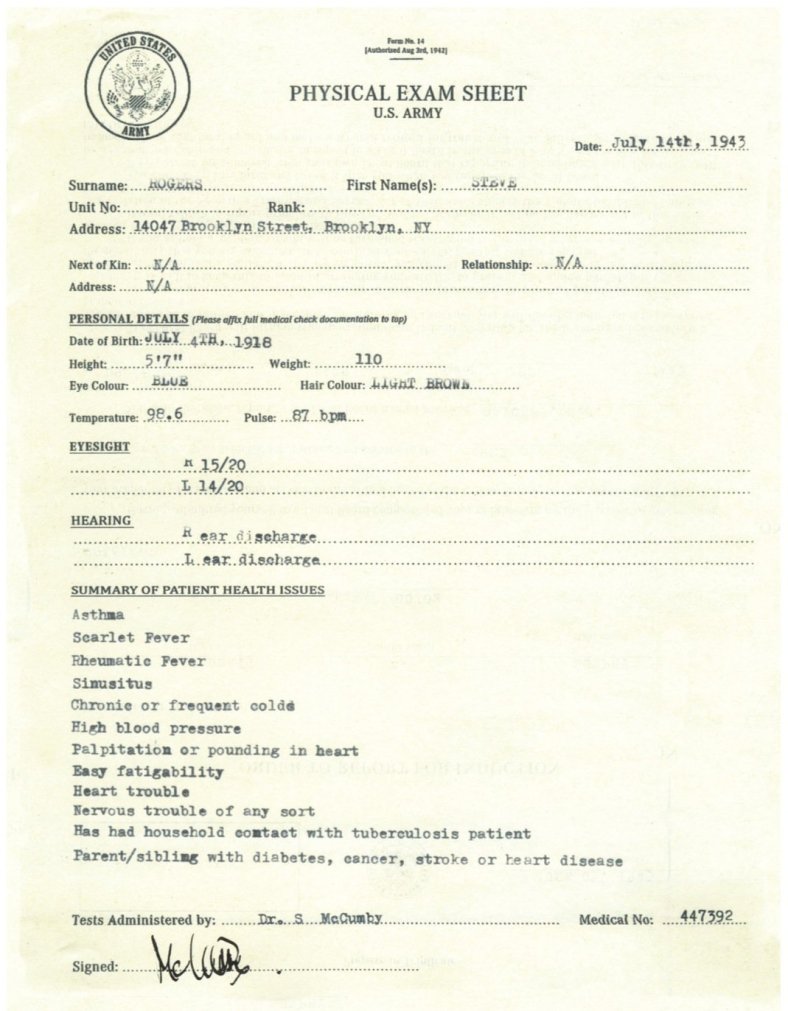 Are you sure this isn’t a death certificate?

Despite his terrifying laundry list of ailments, Steve is chosen for “Project: Rebirth” because of his determination and commitment to being the best soldier he can be. Soon after meeting Steve, Erskine tells him, “Whatever happens tomorrow you must promise me one thing. That you will stay who you are. Not a perfect soldier, but a good man.” Although Steve is worried about what might happen to him, after Erskine explains that the procedure will be very painful, he still agrees to become the first test subject. 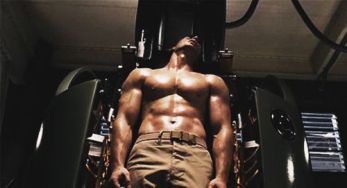 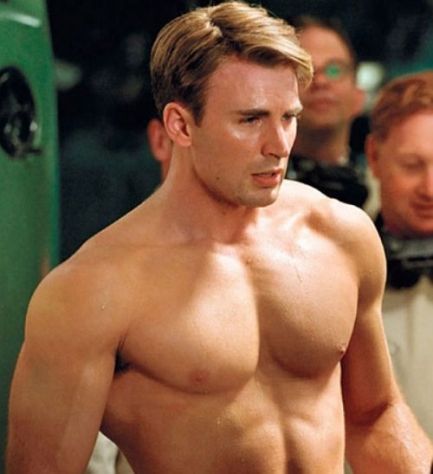 The experiment is clearly a success. It doesn’t matter how many times I watch this scene, I am always overwhelmed by just how fucking amazing this man looks without a shirt on. Jesus wept. Steve feels physically different. Stronger. Taller. A keen sense of his increased vitality. But, he doesn’t fully appreciate his instant sex appeal. 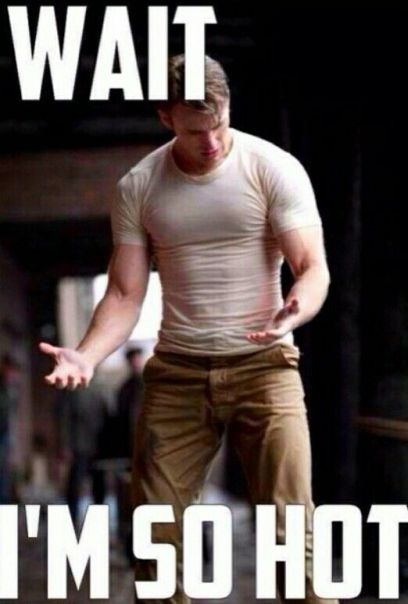 That is one lucky T-shirt.

But one smart lady has recognized his appeal from the moment she met him. Peggy Carter was impressed by Steve’s problem-solving skills and the fact that he really is a good person. She can’t help falling in love. And neither can he. 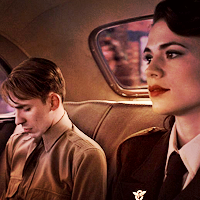 Before Steve can fulfill his dream of killing Nazis, the government uses his good looks to fuel the war propaganda machine. It is during his time with the USO that he earns the name Captain America. 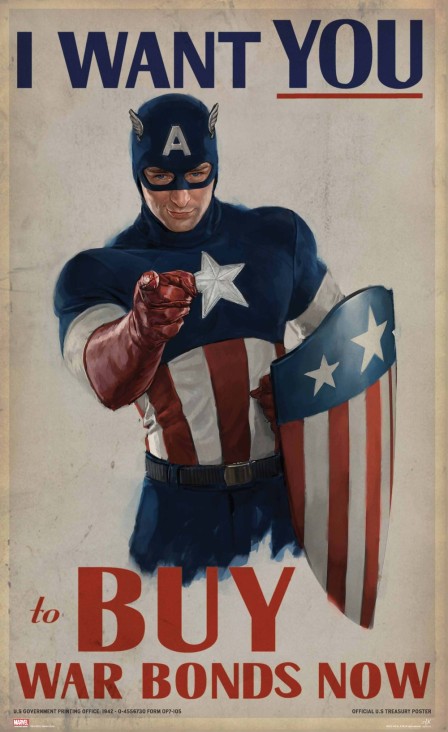 But he finally has a chance to show what he’s really made of when goes behind enemy lines to rescue his old friend, Bucky Barnes. Bucky’s unit was captured during a raid on a HYDRA facility. While there, Rogers encounters HYDRA’s leader, Johann Schmidt (Red Skull). Schmidt stole the Tesseract and has been using it to combine science and magic to create weapons of mass destruction in hopes of world domination. 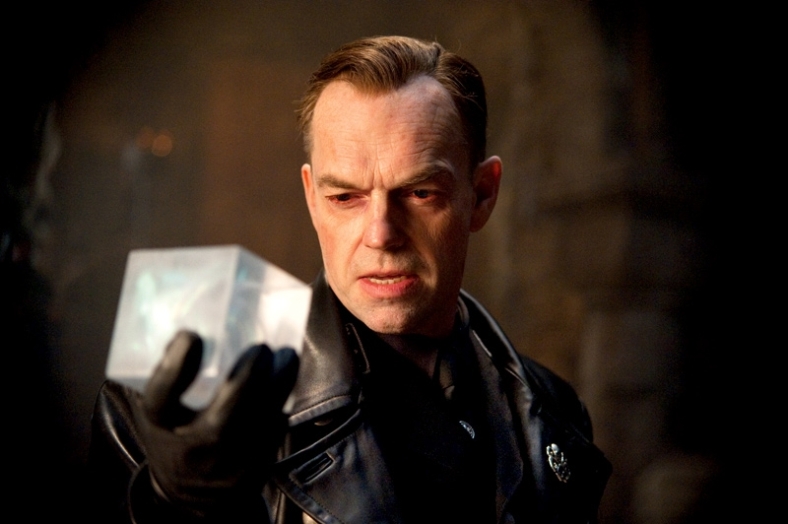 I couldn’t resist slipping in a shot of Hugo in his HYDRA uniform.

The Tesseract is a cube-shaped container for one of six infinity stones which has an unlimited power source. The Asgardians hid it on Earth. But because several evildoers have attempted to use the Tesseract, including Red Skull of HYDRA, to destroy the Earth, it is eventually returned to Asgard for safe keeping. Schmidt escapes after Steve confronts him, then Steve returns the freed soldiers back to base. Of this group of soldiers, he handpicks the best of the bunch and assembles a team called the Howling Commandos.

This bunch of hard ass fighting machines shows up to chew bubble gum and kick Nazi ass. Guess what? They’re all out of bubble gum. 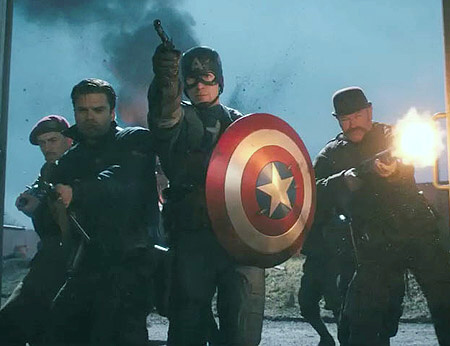 The Howling Commandos take down the HYDRA facility, but once again Schmidt escapes. Steve climbs aboard Schmidt’s aircraft to stop him. During their fight, the Tesseract is damaged and Schmidt comes in direct contact with the power source and it turns him into vapor. The aircraft crashes into the ocean and Steve and the Tesseract are lost. Howard Stark tracks down the Tesseract and retrieves it, but is still unable to locate Steve. Nearly 70 years later, a scientific exploration team discovers Steve frozen in a block of ice. He  awakens in a hospital room that attempts to recreate the 1940s, but he realizes something is wrong when the radio announcer makes a mistake about a date. 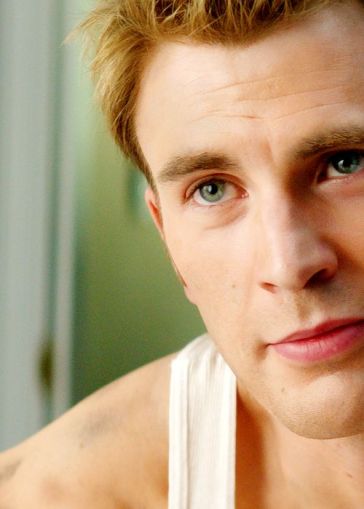 After Nick Fury recruits Steve for a S.H.I.E.L.D. mission, he tries to fit in and pick up where he left off. Working with the other Avengers can be challenging at times, but it keeps him busy. He has a somewhat antagonistic, yet friendly relationship with Tony Stark. 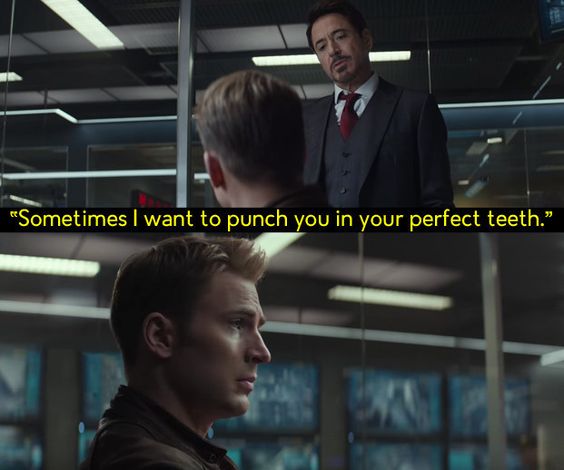 In all fairness, Steve had a better relationship with Howard Stark than his son did, so Tony’s a bit jealous. For more than one reason.

I think Tony has a crush.

And he really gets along with Black Widow.

Despite the fact that he was frozen for nearly 70 years, he manages to jump right back into the hero gig. And he looks super fine doing it.

Seriously, that man’s body should have it’s own religion.

I’m only concerned about how fast he can get those pants off.